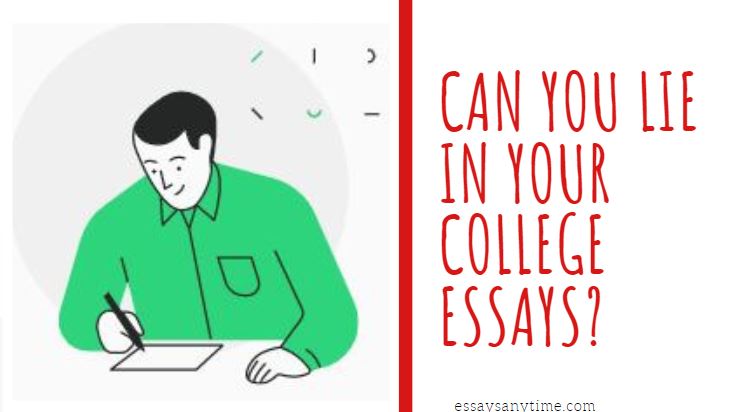 Unlike tests and quizzes, college essays allow students to portray their personality. An admission essay goes beyond grades and should be able to capture the imagination of the admission board.

However, the admission board has to go through thousands of essays for them to finally select the students who will get the admission letter.

As such in the craze to capture the imagination of the board some students tend to lie in their essays to get admission in the university of their dreams.

However, the question still lingers, “Can you lie in your college admission essay, and will the board verify it?”

Can you lie in your college admission essay?

Lying to an admission panel takes great courage, but applicants still do it consciously or unconsciously. Those good at lying can slip through the net without the admission board ever finding out.

Justification for lying abounds. Applicants who are not good at writing hire the services of a professional college essay writer to do it on their behalf.

Later, they take hours poring over the essay in readiness for the in-person interviews.

Applicants squeezed off time and running busy socio-economic schedules have little or no options but to lie in their applications.

In most cases, however, those that lie do so because they do not have good background information about the college.

Applicants in this case lie to create an impression that they have had the college under their radar, and that they follow it closely.

They lie to show that the college they are applying has been their dream institution all along.

Verification is difficult so long as the applicant polishes and shines an activity they had engaged in without going overboard. Blatant lies can never go through the sieve. Only crafty and near-true lies pass.

Also see: What to write in your admission essay if you are boring

What are the effective ways to lie on a college application?

The most effective way to lie through your college application is to get solid, professional advice from an essay writer.

It is valuable to know from an experienced, professional writer which field one can lie in.

A professional writer will sift blatant lies from your application that can lead to instant detection.

Also see: Is it wrong to pay essay writing companies to do your work?

Seek the advice of someone who has lied in their application and succeeded in admission. Learn from them what field they lied in and adapt it to your application.

When you lie, do not do so on verifiable activities. Making up an entire club or society in your former school is a complete no-no.

It is not possible to be engaged in numerous extra-curricular activities at once.

When writing a college application, exaggerate or polish up activities that you engaged in. It is effective to sell your shined brand for something you had real-time experience in.

Make the experiences drawn from engagements you have had stand out, even if you played a minor (or no role at all) contribution in them.

When you lie in your college application, an effective way is to do so on things that do not matter that much. This keeps the lie far from verification.

If an application calls you to rate yourself on a given matrix, ensure you are moderately generous with the score. This way, you will not raise flags all over.

An effective lie only implies information without necessarily stating it out. An example would be to make it known in your application that you play an array of musical instruments.

This implies to the admission panel the point that you are good at those instruments without you saying so. It is hardly verifiable.

Modesty in sprucing up your active engagements and/or the experiences drawn from activities is key in keeping a lie under the radar.

If you have to add hours to an activity, be moderate about it. With a tight schedule, a student can only do so many hours for so many clubs or societies in a week.

Effective lies can be made on an application by drawing from the experience of others in the same school. These experiences are then personalized.

The resultant lie is so ‘authentic’ that the admissions board will never detect it. You own the experience of others without having engaged in any of it.

An effective lie is one that an applicant can defend in a face-to-face interview.

The references included in your essay must most certainly be able to defend and support the lie.

Is lying on a college application illegal?

Lying on a college application is illegal. Many that engage in conscious lying argue it is a question of morality more than legality. However, lying is illegal.

When and if one is caught in the act, the consequences are a matter of law.

You can serve time for claiming experiences or engagement in clubs and societies that you never took part.

Lying about your previous school or grades will get you to court with a high likelihood of going behind bars in addition to the college turning down your admission.

The consequences of lying in your admission are so dire, nobody should think about lying in their application. It is not worth it.

What is the worst that can happen if you lie in your college admission essay?

If the lie is noted before admission, an outright rejection is obvious. The institution may instigate investigations from law enforcers who may then take further legal action on the perpetrator. Serving time behind bars is not out of the picture.

If you lie and get admitted, and the lie is detected while you are undertaking the course, your admission can be rescinded.

A lie that is detected after one has graduated leads to the degree being revoked. If the lie is not detected, you will live with inner guilt all through in the knowledge that you lied to get an admission you did not deserve.

Is lying about details on a scholarship essay considered perjury?

Lying about details on a scholarship essay is considered perjury if the applicant signs a declaration of truthful representation. Perjury is lying under oath, and signing against such a declaration on the application constitutes an oath in this case.

In the instance that a declaration of truthful representation is missing, lying about details on a scholarship essay is not perjury.

This will be a case of knowingly and deliberately making a materially false, fictitious, and fraudulent statement.

Can you make up stuff in your college essay?

Yes, many college applicants make up stuff in their college essays. Using fictitious activities, alluding to non-existent experiences, re-telling other people’s achievements as if they are your own and the not-so-often cooking up organizations are common. The chances are there for a good percentage of applicants making up stuff.

Making up stuff is a sure way of getting your application under strict scrutiny. If it does not end well, consequences include rejection of an application, legal action against the applicant, a revoked admission or degree.

Before one makes up stuff on their college essays, they should consider the legal implications that come with it.

However, be sure to lie on something that it id not verifiable. 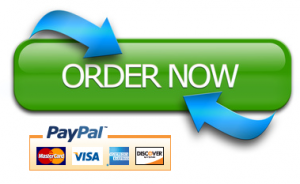